Oh. My. Gosh. Season 13 man has had its surprises one after the other!  So, to be fair if you haven’t watched any of the episodes of this season’s Supernatural…I’d highly not recommend you continuing reading any further.

But…..if you don’t care you and just want to read my post that’s fine. Just remember you’re reading at your own risk…

Okay, so like I mentioned earlier there has been great surprises…

First we see that Kevin Tran’s alive! Or…at least we think we do… 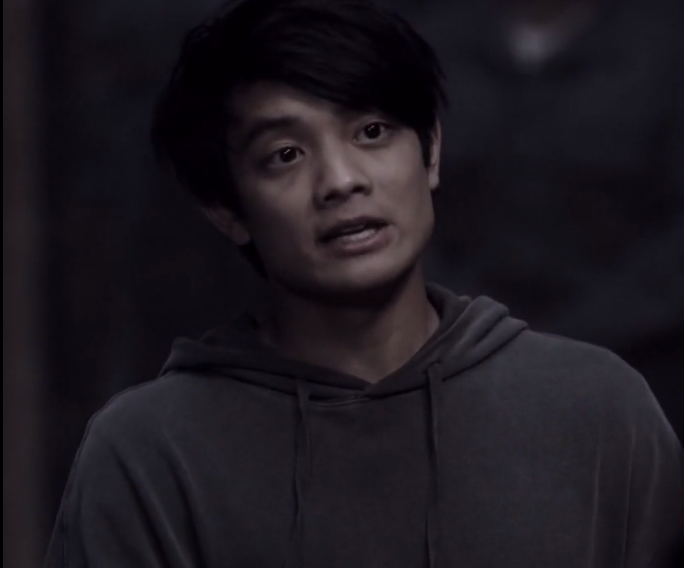 Second, we see everyone favorite uncle, Uncle Bobby is alive!

Wait…it’s the Bobby from that same alternative universe. Ugggh!

I know you’re probably wondering what ANY of this has to do with my title, but I’m building up….

Then in the recent episode 18 titled, “Bring ’em Back Alive” how Ketch and Dean are back in the alternative universe (with a special talisman that will can open a rift for 24 hours) bring back Samantha (Sam and Dean’s mom) and Jack from that horrible world. But as they prepare to go in, they see a group of angels escorting some humans for execution for going against Michael.  So the angels, kill off the three of the four humans. However…before the final human left was about to be executed, this scene happens:

The hell??? This world has a Charlie Bradbury in this world too???? Aw damn… Of all the people I hope will come back with Jack and Sam of that world is Charlie and Bobby. No offense to Kevin. Is just that if you watch the earlier episode of the season 13, I feel because Michael has broken Kevin’s spirit that that world’s Kevin may do some more harm than good. Even if Kevin may not cause a problem himself that just his presence may attract a lot of bad guys or good guys with some not-so-good intentions. I would HATE it if Bobby and Charlie get killed off in this world, even if they don’t come back to our world. I don’t know if I could take it….I just can’t….

Now…Gabriel is back in season 13??? How the—he was killed off by Lucifer what…  about 8 seasons ago and just all of a sudden he’s alive??? I feel like this season is starting become more and more like a soap opera! They just keep coming back! Not that its a bad thing in Supernatural, but that’s what season 13 feels like…a soap opera.

But to be honest, I thought before I saw the picture (because when the episode “Devil’s Bargain” ended, I felt like it cut off so quickly), I thought that Michael from this world was back, but I guess not… Poor guy … still stuck in Lucifer’s Cage. Anyway, just like in the Bible, Supernatural mentions God’s four archangels: Gabriel, Michael, Raphael, and Lucifer. I don’t remember what happened to Raphael ’cause that was many seasons ago. But anyway, Sam and Dean needed an archangel’s grace as the final ingredient to open a rift between time and space to go back the alternate world to get back Samantha and Jack.  Gabriel was quite a surprise to see back and was just weird to see him in fear and cut up. The old Gabriel…well…he was an asshole because he always put Sam and Dean through so much crap to get them to do what he wanted. Gabriel once said people have called him many things like, “Loki” and “The Trickster”, which made me think can archangels be tricksters??? It was an odd twist for one of the respectable archangels in the Bible.

This season’s villain was Asmodeus, one of the Lucifer’s 5 prince’s of hell…and one of the last one’s standing. Now in the earlier episodes of this season after Lucifer came back from the alternate world (his son, Jack booted him there and well…he took Sam and Dean’s mom him too), he lost his grace from Michael, because he was hoping he’d use another archangel’s grace instead of his own to open up a portal to our world and continue his regime of terror. Yes…strangely the Michael in this world is the bad guy…  Anywho, Lucifer escapes and is back in the real world…with no powers. Hm. Interesting. In the search of trying to ways to regain his strength and his son, he had a partnership with Castiel. Asmodeus sensing Lucifer has return and weakened, he uses his powers to subdue Lucifer. Yeah…those two never had a chance in hell to work things out between them. Then Lucifer was surprised how strong Asmodeus (and it wasn’t because he didn’t have his powers) considering that he was his weakest creation. Then episode 18 all the pieces came together…it’s because Asmodeus milking Gabriel’s grace!

So in this episode, Gabriel, after being rescued by Ketch in the previous episode, is just an absolute hot mess…while his bruises were bad, his spirit was…broken. Gabriel might have been asshole, but he didn’t deserve this.

Regardless of the trauma (i.e sexual assault, physical abuse) a person might have gone through, survivors may experience psychological and emotional, cognitive, physical and behavioral changes. Though for this post, I’ll just focus on some of the traits that I saw with Gabriel:

Being as Gabriel was too traumatized to talk, he wrote his trauma on the wall (in Enochian).

When I saw Gabriel shaking in fear and withdrawing from his friends, it was like looking at myself. I didn’t look as he did, but that’s how I felt inside myself. I felt battered and absolutely terrified talking to people…particularly men (this after I was sexually assaulted). If you ever met me (although I might be reserved the first time meeting me; shy), I’m a social butterfly. I like to talk to people…I ask them how they feel, inquire about their week or their endeavors, listen to them when they are having a bad day… But now, I’m more hesitant.

I’m more hesitant to greet people…and I’ve been a little more judgmental of people. In the past, I would have given them a benefit of a doubt and believe that people deserve a chance in spite of their past. Now days, I’m more hesitant to do so or even tell them about my hobbies and interests. My assaulter used the very best of who I was and my hobbies and interests to take advantage of me. Any guy who even looks slightly like him (i.e. his skin tone, his long hair and shaggy looks) will cause my heart to race and I dash from wherever I am to avoid the guy, even though I find out it’s not him. There will be times his face and the disgusting image of him doing what he did/make me do, just makes my heart race and my anxiety worsens. I find myself going on his Facebook page just so I can look at has face. I know it’s strange to do this, but for some reason it gives my fear a face (because it’s literally his face) and it reminds me that he is only human. I guess you could say it’s “exposure therapy”, but I never saw it as that. I just knew it gave my fear a “face” and it helped reduce my anxiety.

So, Sam tries to console Gabriel in time of his despair (as being that he had his own experience having Lucifer in his head) as shown below:

Now I get it…as much as Sam and Dean happy Gabriel back…especially the fact that they need his grace to complete a spell that would help them bring back their mom and Jack from the alternate universe, but they have to be real….he just went through hell, both figuratively and literally.  He’s just trying to get himself back together!

When I went through my own recovery of my experience living with mental illness and overcoming sexual assault, it was annoying to hear from my loved ones to tell me to just move past it. I was trying to overcome the pain especially from the assault that was eating me inside: self-loathing, helplessness, hopelessness, anger, sadness, regret… During this time of recovery, you’re not just processing the pain you went through and the disruption is taking in your life, but you’re also trying to remember your old self.

Although it took him awhile, he eventually to responded in his usual Gabriel self.

It’s important when our loved ones are undergoing trauma, that we are careful how we respond. No, it doesn’t mean you should feel like you have to walk around them like egg shells, but just take care to the words you say or even react to them. You might have good intention to helping them, but just don’t let it consume you that you forget that it’s about how they feel and not how you feel about their trauma. Because take from me, they don’t like the way they feel any more than you do.

In an article titled, “10 Ways to Help a Friend through a Traumatic Event”, I will name a few of the examples and paraphrase them:

(Source: Taking Care of Yourself after a Traumatic Event)

It’s hard to see a loved one go through such an upsetting circumstance and then see them withdraw from themselves and their loved ones. But let me tell you something as being one who is overcoming their own trauma, it may take awhile (maybe not as quick as Gabriel did…then again he is an archangel…and perhaps the story needed to happen quickly as well), but you or your loved one will overcome the darkness within them. Just be there for them and they’ll come out alright.

Ugh! I’m so glad too that Gabriel took out Asmodeus. I couldn’t stand how cocky he was. When I saw him decimate Asmodeous, Gabriel reminded me how I viewed my own assailant, a lowly creature that was no longer my captor.

To read the other ways to console a loved one and yourself while consoling a loved one, click on the link below:

10 Ways to Help a Friend through a Traumatic Event

To read more on the forms of self-care, click on the link below:

Taking Care of Yourself after a Traumatic Event